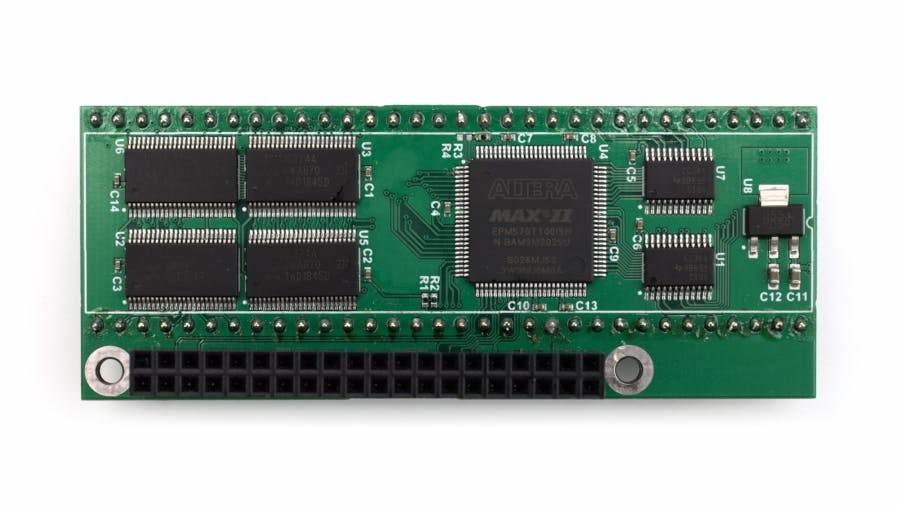 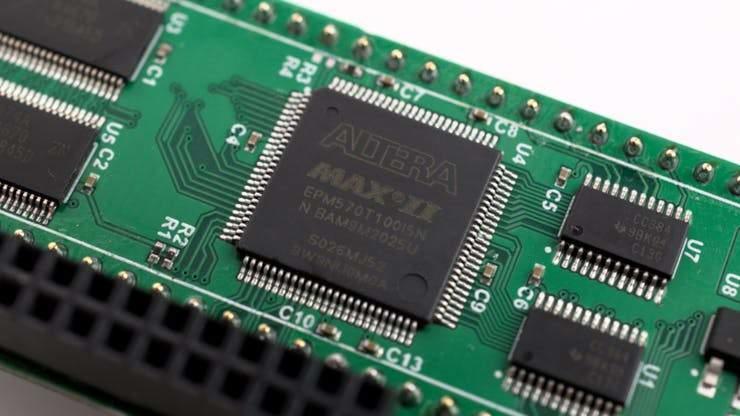 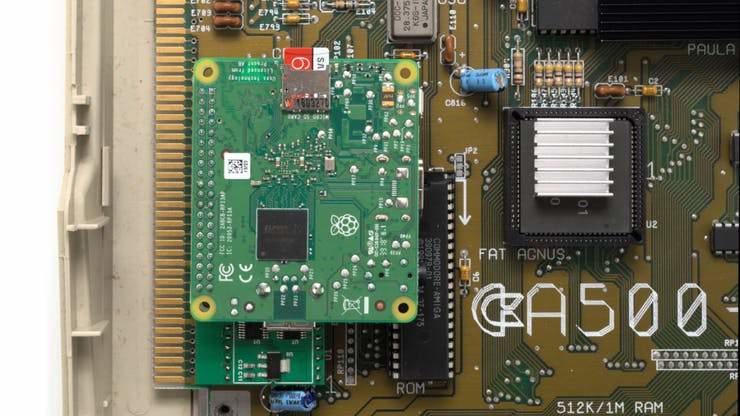 The PiStorm for Amiga A500/A2000 pcb revb board assembled ((NOW IN STOCK TO ORDER!!!!))
This adaptor is agood replacement for the Motorola 68000 cpu for your a500/A2000  also A1000 compatible Systems
#############
Update 31 July 2021.
We have now received new stock for pistorm boards from china and we are fulfilling orders  now any person who has ordered before this date we will be dispatching asap.
Thankyou for your support
##############
Manufactured by our Facility in China and fully built for you complete we are the only company that can supply the components at present from out supply chain due to shortages in the world.
Please Note==== is not supplied with any Raspberry pi system this is only the PCB board which is populated with the components

only needs a Raspberry Pi single-board computer adding to the top in order to bring classic Amiga hardware bang up-to-date.

For anyone with an Amiga 500, Amiga 500 Plus, Amiga 2000, or another model and a willingness to work alongside the project's creator to iron out bugs and extend the number of platforms supported, the PiStorm is likely to prove a must-have add-on.

A Commodore Amiga 500, introduced after the launch-day Amiga 1000 as a cost-reduced and more compact machine priced for home use, is by modern standards no racehorse: The machine was built around a Motorola 68000 processor running at 7MHz alongside a custom chip family known as Paula, Denise, and Agnus and with just 512kB of RAM — upgraded to 1MB in the later Amiga 500 Plus, with memory expansion boards one of the most popular add-ons of the day.

Paired with a Raspberry Pi, the PiStorm is a major upgrade for classic Amiga

The PiStorm is designed to upgrade an Amiga — primarily the 500, 500 Plus, and 2000, though with the potential for other models and even alternative 68000-based machines in future updates, offering hope for those looking to take a classic Mac up a notch or two — at as low a cost as possible. The four-layer board itself is extremely simple, combining a few bus switches and flip-flops with an Intel Altera MAX II complex programmable logic device (CPLD) — plus pin headers, a regulator, and a few passives.

The CPLD is there to act as glue logic between the Amiga and a Raspberry Pi single-board computer which mates into the top of the PiStorm via its GPIO header. No other wiring is required: Just pop the 68000 out from the socket in the Amiga motherboard, insert the PiStorm in its place, add the Raspberry Pi and microSD card, and you're ready to start configuring your soon-to-be-much-faster Amiga.

Raspberry Pi 3 Model A+, with the Model B+  is the preferred pi version to use this board with

The hardware is only part of the PiStorm, though. Switch your Amiga on, and you'll be presented with a blank screen. The secret to getting past this: Emulation. The PiStorm handles communication between the real Amiga hardware and the Musashi emulator, which then pretends to be a Motorola 68000 processor — or a 68010, 68020, 68030, 68040, and a small handful of other processor variants, with or without floating-point unit (FPU) coprocessor.

Just as the hardware is presented as a do-it-yourself offering, you'll find no pre-configured SD card images to accomplish this. Instead, the documentation walks you through installing a Linux operating system — Raspberry Pi OS Lite recommended — onto a microSD and then cloning and compiling the source from the PiStorm GitHub repository. Once that's done, you'll need to find a Kickstart ROM: The PiStorm is designed to load a ROM dump file  from Amiga specialist Cloanto for a fee, or you can dump them from your Amiga with a little effort. While it is also supposed to be able to boot from physical ROMs installed in the Amiga if no dump file is present, that process failed on the Amiga 500 Plus with Kickstarter 2.04 used for this review.

At a price point, plus the cost of the Raspberry Pi, that would be enough: A readily-available replacement CPU which offers improved performance over the stock 7MHz Motorola 68000. Emulating a CPU is only a fraction of what the PiStorm offers, however. The same software can be configured to act as a RAM expansion, turning up to 136MB of the Raspberry Pi's RAM into high-speed Zorro II and Zorro III expansion RAM — a big improvement over the stock 512kB or 1MB, and far beyond anything you could manage with SIMM-based RAM board add-ons at anything close to an affordable price point.

That's all impressive enough, but the PiStorm still isn't done. The board acts as a real-time clock, synchronising the Amiga's internal clock with the one on the Raspberry Pi — which is, in turn, set via NTP over the network. There's also IDE and SCSI hard drive emulation, which can be pointed at any block device or a disk image on the Raspberry Pi's microSD card — giving the Amiga effectively unlimited storage capabilities.

The feature list doesn't stop there. For those familiar with configuring an Amiga, it's possible — though a little fiddly — to set the PiStorm up as a retargetable graphics (RTG) card. When you've got this up and running - which requires you to install drivers on the Amiga side as well as set the emulator up on the Raspberry Pi side - you unlock high-resolution, high-colour-depth graphics which are output on the Raspberry Pi's HDMI port in stunning fidelity.

There's still more: A keyboard and mouse connected to the Raspberry Pi's USB port can be passed through to the Amiga. A feature currently in development aims to bridge the Wi-Fi network on the Raspberry Pi with the Amiga, too, giving it network access which is indistinguishable from a native connection to any software you might run.

In short: The PiStorm is a one-stop shop for the overwhelming majority of upgrades a classic Amiga might

The PiStorm, and by extension the Raspberry Pi, is powered from the Amiga motherboard. When you switch the Amiga off, the Raspberry Pi loses its power without going through a safe shutdown process. You could mount the filesystem as read-only to avoid this, but then you won't be able to make use of the hard drive image support. There's also a noticeable delay in start-up, with the Raspberry Pi having to boot its operating system and load the emulator before the Amiga can start using it as a CPU.

More details on the project, plus all source code and hardware files, can be found on the PiStorm GitHub repository.